accept vs. except
https://www.thefreedictionary.com/accept-vs-except.htm
Printer Friendly
The Farlex Grammar Book > English Spelling and Pronunciation > Common Mistakes and Commonly Confused Words > accept vs. except

What is the difference between accept and except?

When properly and carefully pronounced, accept and except have slightly different pronunciations of their initial vowels: accept is pronounced /ækˈsɛpt/, while except is pronounced /ɪkˈsɛpt/.
In casual speech, though, the initial a- and e- get reduced to the unstressed speech sound schwa (/ə/), and both words are pronounced the same way: /əkˈsɛpt/. Because of this blending of pronunciations, the two words can sometimes be confused in writing.
Accept is a verb broadly meaning “to receive or take,” “to give an affirmative or approving answer,” or “to understand or regard as true, proper, correct, or normal.” For example:
Except can also function as a verb, but it is much more common as a preposition or a conjunction (meaning “other than; excluding; apart from”). For example:
As a verb, except means “to leave out, exclude, or omit,” as in:
However, this use as a verb is rather uncommon in everyday speech and writing. Most of the time, if you are describing the action of a verb, accept is almost certain to be the correct choice.
Get all volumes of The Farlex Grammar Book in paperback or eBook.

12 synonyms for beautiful used perfectly by famous authors
Read next 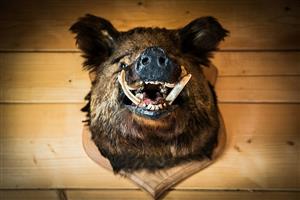