What is the future perfect tense?

Functions of the Future Perfect

Actions completed in the future

Present predictions of past actions

We also use the future perfect for a present prediction of something we believe has already happened in the past. If we include adverbials related to time, we generally include expressions related to the present time rather than the future. For example:

To describe something that will not be completed at a point in the future, we make the future perfect tense negative by adding not after the modal verb will (usually contracted as won’t). For example:

Although we most commonly use the modal verb will, there are two other ways we can form the future perfect tense: be going to and shall.

Be going to can only form the future perfect tense when it is used to describe an action that finishes in the future—in this way, it is interchangeable with will in meaning.
We usually contract be with the subject when we use be going to. For example:
However, using be going to can sometimes result in an awkward construction, and it is not as common as will. We also cannot use the be going to construction when talking about something that we predict to have happened in the past. 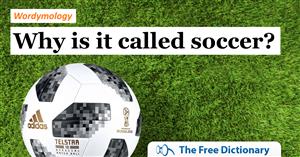 Why is it called soccer?
Feedback
Trending