What is a noun phrase?

Noun phrases are groups of two or more words within a sentence that function grammatically as nouns. They consist of a noun and other words that modify the noun. Some grammarians also consider a single-word noun to be a noun phrase, while more traditional grammars hold that a phrase must be made up of two or more words. In this guide, we define a phrase as being made up of more than one word.
Noun phrases can also have pronouns as their structural base, which we will examine later in this section.

Noun phrases allow groups of words to function as a noun in the sentence. In this way, nouns can be elaborated upon or modified to add further depth to the sentence without losing their structural role.
The following sentence contains a basic, single-word noun, without any modifiers:
In this sentence, the word “whales” functions alone as the noun. Because there are no modifiers to create a noun phrase, the reader receives no additional information about “whales.”
The following sentence contains a noun phrase with modifiers:
In this sentence, “the shovel with the blue handle” is a noun phrase. It collectively acts as a noun while providing modifying words for the head noun, “shovel.” The modifiers are “the” and “with the blue handle.”
Here are some other examples of sentences with noun phrases marked in italics (the primary nouns being modified are underlined):
A good way to test whether or not a phrase is a noun phrase is to replace the phrase with a pronoun and see if the sentence is still grammatically correct. For example, in all three examples provided above, the noun phrase can be successfully replaced with a pronoun:

Noun phrases can be as short as two words, or they can be longer and have many words; the number of words in a phrase does not affect its status as a noun phrase, so long as it functions as a noun in the sentence. For example, the following sentences contain one very short noun phrase, and one very long noun phrase:
Despite their difference in length, both phrases in italics function as nouns.

You may have noticed that many of the sentences above contain multiple noun phrases. It is very common for a smaller noun phrase to occur within a larger one, acting as part of the modifying information. For instance, the second sentence above actually has three noun phrases, two of which are contained within the longer one. Let’s look at the sentence again, this time underlining each noun being modified and putting the smaller phrases in bold.
Here are some more examples of sentences with noun phrases inside of other noun phrases:

Adjectives modify the noun by expressing a certain quality of the noun:

Articles modify the noun by revealing if the noun is definite or indefinite:

Determiners are words that reveal the amount of a noun in a sentence:

Participles can be used to directly modify the noun by showing a past or present action that the noun is or was involved in doing:

Possessive nouns modify the noun by explaining that the noun belongs to someone, something, or some group:

Compound nouns are created by modifying the head noun with a noun adjunct (a word that works together with the noun to give it a different meaning). (There are different kinds of adjuncts, which are covered in another section).
Compound nouns can either be one word, two words, or two words joined by a hyphen. In every case, the noun adjunct adds to or changes the meaning of the head noun. The following sentences show an example of each type of compound noun:

Infinitives modify the noun by providing a verb phrase that helps elaborate on and provide clarification of the noun:

Prepositional phrases are used in noun phrases to provide unique, distinguishing, or specifying information about the noun being modified:

Although noun phrases primarily have nouns as the base word that is being modified, sometimes these base words can also be pronouns. For example, the following sentences have pronoun base words as opposed to noun base words:

Noun phrases can be used in sentences as a subject, object, or complement. The individual sentence will determine how the noun phrase is used. Here are some examples of noun phrases being used as subjects, objects, and complements.

The subject of a sentence is the noun or noun phrase that is doing the action of the verb:

Objects are the noun or noun phrase that receives the action of the verb. They are the things that something happens to, as opposed to the things causing the action:

Get all volumes of The Farlex Grammar Book in paperback or eBook.

A clowder of cats: 30 fancy names for animal groups
Read next 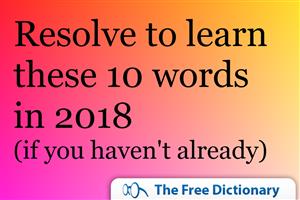