What is the past perfect tense?

The past perfect tense expresses the idea that something occurred before another action in the past. It can also show that something happened before a specific time in the past.
Consider these two sentences, for example:
She arrived at the airport in a moment in the past, but the moment she dropped her passport happened before this past moment. Because the first sentence only uses the past simple tense, it sounds as if both moments happened at the same time in the past, and the sentence becomes confusing. By using the past perfect tense in the second sentence, we are able to distinguish that one event happened earlier than the other.

To form the past perfect tense, we use had (the past tense of the auxiliary verb have) + the past participle of the main verb.
Because we use the past perfect to highlight two separate points in the past, we often use the conjunctions before, when, because, until, or by the time to specify the order in which they occurred in time.

If we are highlighting that the action or event in the past perfect tense came before another action or event, this second verb is often (but not always) in the past simple tense. For example:
Notice that the past perfect can appear in a sentence either before or after a later action or event. Regardless of its position, the past perfect always refers to an earlier time.
This is especially important to remember when using the conjunction when, because it will help distinguish between events that happened simultaneously in the past and events that happened sequentially. For example, consider these two subtly (but distinctly) different sentences:
In the first sentence, it sounds like Mary started cooking at the same time as the kids arrived home. By using the past perfect in the second sentence, it is made clear that Mary had already cooked dinner before the kids arrived.

Omitting the past perfect

The past perfect is not always necessary, however, when we use the conjunctions before or after to link two clauses of past events. This is because these two words already specify an order of time. If this is the case, both verbs can be in the past simple tense. For example:
Although not absolutely necessary, the past perfect still gives a greater sense of time than the past simple alone. The first sentence above is completely correct and easy to understand. The second sentence is equally correct, but it lets us know that the earlier event did not happen immediately before the later one. In this particular example, it gives the impression that the speaker had the foresight to pack a bag of snacks, rather than simply doing so just before he or she left for the airport.
This distinction is subtle, and its impact on the sentence is somewhat minor, but using the past perfect tense in this way creates a more rich and nuanced meaning.

An action or event before a specific point in time

If we are talking about a past perfect action that came before a certain point in time in the past, then we use an adverbial prepositional phrase to specify exactly when we are talking about.
For example:
(Note that, in the last example, “working in construction” acts as the object of the preposition before. Working is a gerund in this case, so it does not have to be in the past simple tense, as with the other verbs we examined in the previous section.)

Other types of sentences

Most of the time, we make the past perfect negative by simply adding not or never after the auxiliary verb had.
If we want to emphasize that something never happened before a given time, event, or action in the past, we can also place the word never before the verb had. In this case, both never and had come before the subject of the clause. For instance:
Such sentences are much more literary in style—they typically would not be found in academic, professional, or colloquial speech or writing. Because of this literary usage, the construction is also primarily used with stative verbs (e.g. feel, imagine, appear) as opposed to action verbs. For example, the statement “never before had I run so far” sounds rather over-embellished or hyperbolic.
Finally, you may have noticed that none of the above sentences include another action, event, or point in time to which the past perfect is referring. This again is due to the literary usage of such a construction. In such cases, the past perfect often alludes to something that has already been mentioned elsewhere in the narrative.

To form interrogative sentences (sentences that ask questions) in the past perfect, the auxiliary verb had again comes before the subject, which is then followed by the past participle of the main verb. Most of the time, we use the word ever before the main verb to ask if something had happened or been the case at any time before something else. It is usually constructed with the conjunction or preposition before.
For example:

Negative interrogative sentences also ask a question, but they imply that the speaker expects the answer to be (or believes the answer should be) “yes.” We form these by adding the word not or never after the subject.
Had and not are very often contracted, in which case hadn’t comes before the subject.
Negative interrogative sentences in the past perfect are not very common in everyday speech and writing. Like the alternative use of never that we looked at above, it would be more common to hear them in a story or narrative. For example:
Negative interrogative sentences in the past perfect might also occur if someone is asking another person a question about a story they are telling. For example:
Get all volumes of The Farlex Grammar Book in paperback or eBook.

A full list of prepositions (no singing required)
Read next 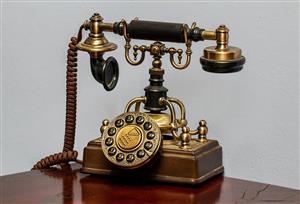 Homophones, Homonyms, and Homographs: How to tell the difference
Feedback
Trending