What is the present continuous tense?

We create the present continuous tense by using the present participle (-ing form) of the verb after the present-tense form of the auxiliary verb be (which conjugates as is, am, or are).
Unlike the present simple tense, which is used to express things that are always the case or are at a fixed time in the future, we use the present continuous (also called the present progressive) tense to speak about actions that are currently happening, whether generally or at the exact moment of speech. It can also be used to describe actions or events that are planned for the future (but are not definitively fixed in time, such as a timetable).

Actions happening at the moment of speech

The most common occurrence of the present continuous is when someone or something is performing an action at the very moment being described. In this case, the object of the verb is usually in the presence of or very near to the speaker. For example:

Actions happening currently, but not at the moment of speech

Actions or events planned for the future

We can also add adverbs relating to time between be and the present participle to specify or clarify when or how frequently something happens or occurs.

There is also a special usage when the adverb always is used between be and the present participle. Rather than literally meaning that the action always happens (as you might expect), it instead means that that action very often happens. We use this as a means of adding hyperbolic emphasis to how frequently something happens or occurs, and it usually implies that the action or event is questionable, irritating, or undesirable to some degree. For example:

A negative sentence in the present continuous describes what is not currently happening. We form these by adding the word not after the auxiliary verb be. For second-person, third-person, and first-person plural (but not first-person singular), be and not can also be contracted.
For example:
Not can also be replaced with the adverbial phrase no longer to indicate that someone or something was doing something, but that is not the case now. For instance:

Interrogative (question) sentences in the present continuous tense are formed by reversing the verb be and the subject. If adverbs are used to clarify or specify the time, they come before the main verb or at the end of the sentence.
The present continuous can also be used with the question words who, what, where when, why, and how:

Negative interrogative sentences also ask a question, but they imply that the speaker expects (or expected) something to be the case. They can be used to express surprise if something is no longer happening.
We form these by inverting be and the subject, and then adding the word not after the subject. Again, be and not can be contracted; if they are, the contraction comes before the subject. This can serve to make the sentence sound less formal and stuffy. And adverbs can still be used to specify or clarify time. For example:
Like the negative sentence, no longer can be used instead of not in negative interrogative sentences. Just note that you do not use other adverbs in this case:
Negative interrogative sentences in the present continuous can also be used with question words, most commonly why and how. These typically express the speaker’s surprise or dismay that something is not the case:
Note that we can use the question words who, when, and where in negative interrogative sentences, but, unlike why and how, these are most often used for rhetorical effect in response to another question. For instance:
However, this doesn’t mean that we can’t form literal negative questions with who, when, or where—it’s just less common. Here are a few examples showing when such sentences might be used:
(For more information about different types of sentences, go to the chapter on Sentences in the part of the guide on Syntax.)
Get all volumes of The Farlex Grammar Book in paperback or eBook.

A full list of prepositions (no singing required)
Read next 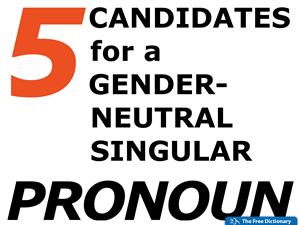